They love to fly fast – the sportscar of birds!!

Take a walk, see what you find in your town!!

A yellow canoe passed by

filled with presents wrapped and tied in bows

I watched as it drifted into the noon day heat

“Who does that canoe belong to?”

A yellow canoe passed by….. 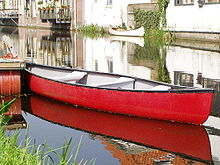 Write a ditty about your life, a slice of life.….

What Do All Vintage Game Show Hosts Have In Common?

Nice cut, ties, handerchiefs, clips on ties, cuff links- ooooo la la ! My personal fav Monty Hall wow Botany 500 was his designer, Bert Convy he knows how to wear and walk in a suit ……and  Peter Tomarkan- classic threads to name a few. So if you want to upgrade your personal wardrobe check out the vintage game shows and look and learn!! 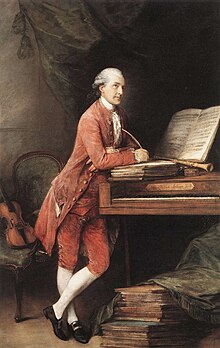 The suit is a traditional form of men’s formal clothes in the Western world. For some four hundred years, suits of matching coat, trousers, and waistcoat have been in and out of fashion. The modern lounge suit’s derivation is visible in the outline of the brightly coloured, elaborately crafted royal court dress of the 17th century (suit, wig, knee breeches), which was shed because of the French Revolution. This evolution is seen more recently in British tailoring’s use of steam and padding in moulding woolen cloth, the rise and fall in popularity of the necktie, and the gradual disuse of waistcoats and hats in the last fifty years.

The modern lounge suit appeared in the late 19th century, but traces its origins to the simplified, sartorial standard of dress established by the English king Charles II in the 17th century. In 1666, the restored monarch, Charles II, per the example of King Louis XIV‘s court at Versailles, decreed that in the English Court men would wear a long coat, a waistcoat (then called “petticoat“), a cravat (a precursor of the necktie), a wig, and kneebreeches (trousers), and a hat.

Celebrate Tonight With The Cocktail Du Jour! Pardon My French!!

Perhaps everyone is feeling blue, the state of the world and all that – for having a cocktail is always a celebratory act – a nod to the world saying this is a great place !! let’s enjoy it with friends (or solo with a good book or a sunset)- they don’t call it the happy hour for nothing– so cheers to you and your cocktails!!

How to Make a Soursop Martini · 1d
A martini is just a martini. Unless it’s made with the delectable Jamaican fruit, soursop. And …
Caribbean Journal

The easiest cold-brew coffee recipe needs 1/3 cups of ground coffee and 1 1/2 cups of water. Mix both thoroughly and let the mixture brew in the refrigerator overnight. All you need to do the next morning is to sieve the mix and sweeten it according to your liking. It’s ready to be used in any way you want.

For the coffee float, place a scoop of vanilla ice cream in a large coffee mug or glass. Pour in the chilled coffee. Watch the ice cream scoop rise up to the top. You can add a pinch of cinnamon powder or chocolate shavings if you want. Or double the ice cream scoop if the weather is too hot.
Thai Coffee
Take 4 tablespoons of coffee powder and 2 teaspoons of ground cardamom (elaichi) powder. Brew the coffee in 3 cups of water in your coffee filter. When the coffee is ready, add sugar according to your taste and stir till it dissolves. Let the coffee cool down.
Take one large coffee glass and fill half of it with crushed ice. Pour in the brewed coffee. Top with 1 tablespoon of heavy cream and sprinkle some more cardamom powder on top.

You can’t face Mondays, or the week, without these 3 easy … · 2d
Another Monday, another week to deal with, …
India Today

Is Monty Hall the Margret Mead Of Consumerism??

I never watched Let’s Make A Deal when it was on the air, essentially I never watched game shows but they are now being aired as vintage shows and I have discovered they are quite entertaining!!

As I watched let’s make a deal I noticed that Monty seemed  much more interested in the  psychological reactions  that he could induce by presenting items that would tempt the participants.  It appeared that he was actually studying the patterns that were extracted in such situations and drawing conclusions, not unlike Margaret Mead.

That is what makes the show fun to watch, it has a few layers- Monty’s study of cultural reactions of his participants to the prize of consumer products , the fun of watching the different types of people and the costumes they choose and the fab products that were offered as prizes many much better than the offerings today!! I speak of those—

Yes, let’s make a deal is much more than just entertainment, it is a historical archive  of a time gone by.  And it was the perfect use of consumerism and advertising woven into a show where the people were allowed to consume/enjoy the products for free….. if you were willing to dress up as a banana…..

Margaret Mead (December 16, 1901 – November 15, 1978) was an American cultural anthropologist who featured frequently as an author and speaker in the mass media during the 1960s and 1970s. [1] She earned her bachelor’s degree at Barnard College in New York City and her M.A. and Ph.D. degrees from Columbia University.

Mead was a respected and often controversial academic who popularized the insights of anthropology in modern American and Western culture.[2] Her reports detailing the attitudes towards sex in South Pacific and Southeast Asian traditional cultures influenced the 1960ssexual revolution. She was a proponent of broadening sexual mores within a context of traditional Western religious life.

I would have dressed up as a mustang car!!!!