Wednesday Night Flash Story (“Blonde and sweet,” Just take your coffee Sam, and next time, ask for cream and sugar will ya, please?”) For All The Workers Of The World.

” You have fifteen minutes,” Sandra said.  ” Before the soiree begins… then they will be all over us  like a monarch butterfly on a milkweed pod.”

Artell didn’t know who she feared most, the impending military brigade, or the strange ships gliding into the valley.  She scanned the area making sure to keep herself hidden.

The two largest ships were long and shaped like a tube, resting on legs that protruded from the craft.  Adjacent to them were three traditional looking saucers.  They were shaped like a mexican sombrero with pulsating lights of green and red circling counter-clockwise.  The last three ships were triangular with blue flashing lights skirting the lip of the ships.  Two of the triangular ships hovered above, while a third ship remained stuck.  Mild waves were being released from the base of the hovering ships, producing slight vibrations in the ship below.

Sandra pointed to the right side of the valley.  ” Look over there.”

Artell saw a group of figures.  Some were tall and thin with yellow skin, others had short bodies and small heads covered with blue-grey skin and gills with a reddish tinge.  The rest were similar to the creatures they encountered in the forest.  All were engaged in discussions.  She raised her camera and checked the adjustments.  The eyepiece slid against moist skin settling into her eye socket.  Searching for the best view, she stumbled over the rocks until she found an opening that encompassed the developing scene.

Artell lay on her abdomen and started filming.  The whirring of the camera matched the volume of thoughts that folded into her head.  Time was flickering  in and out of reality.  She thought deeply,  maybe for the first time in her life.  ‘ Would the human race be able to face the challenge, or was this the cusp of life as we know it?”  The camera whirred.

The thumping of boots against mud filled the air.

Artell could hear her friend fighting and yelling.  The camera filmed.

Gloved hands grasped her shoulders.  Artell pushed the digital send button on the video. ‘ Neil will be getting quite a surprise when he opens his email,’   She thought as a cloud of black descended over her vision.

A visual poem, Did pictograms or letters come first when writing began?  An experiment using images to express a sentence!

Blogging From The Heart/Mind

This precious stone set in a silver sea of words,

This realm of ideas,

This blog of mine -this little piece of the world.

I highly recommend that if you have something to say blog it, we need every blogger we can get to join the fight to become one world.

This royal throne of kings, this sceptered isle,
This earth of majesty, this seat of Mars,
This other Eden, demi-paradise,
This fortress built by Nature for herself
Against infection and the hand of war,
This happy breed of men, this little world,
This precious stone set in a silver sea,
Which serves it in the office of a wall
Or as a moat defensive to a house,
Against the envy of less happier lands,
This blessed plot, this earth, this realm, this England,
This nurse, this teeming womb of royal kings,
Feared by their breed and famous by their birth
… 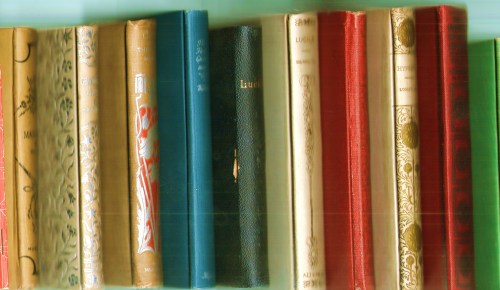