wonder and grace shine through…

where are my favorite terracotta flip flops ?

Flamingos were scattered over the parking lot. and the interior of her dodge dart.  She stood in the doorway steaming. ” How did that strap break? Now I’ll have to repack all to those  flamingoes by tonight if I am to make it to Syracuse tomorro,”  She began picking up the plastic birds…” ” Hey,” shouted a guy pointing at her coming from the Stoned Mermaid Club,” I remember you…..”  She turned as he got out of his yellow camaro….

you finish the story!!! 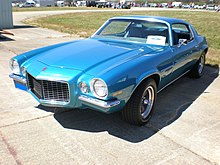 and have a fab weekend!!! 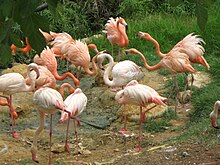 Thanks to wiki for fotos!

Zen And The Art Of Twisting

Lower those eye  lids stand up and twist – 1. bend knees and elbows, then spin balls and heels of feet as you to the same to your upper arms  Now variate —-1,2,3,4 make up your own moves!!

Do this for 60 seconds and watch the world fall away into zen-onic bliss (I just made up that word!! the zen-twist is working!!)

The twist[a] is a dance that was inspired by rock and roll music. From 1959 to the early sixties it became the first worldwide dance craze, enjoying immense popularity among all people and drawing fire from critics who felt it was too provocative. It inspired dances such as the Jerk, the Pony, the Watusi, the Mashed Potato, the Monkey, and the Funky Chicken, but none were as popular 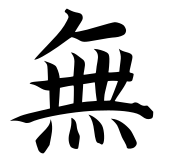 Chinese character for “nothing

TWIST -at your desk -waiting in line-when you get up-in the food store– let it all hang out!! 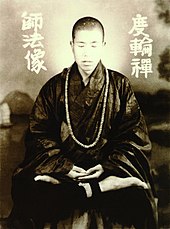 So said Prine as he entered Carlos Santana’s home that had white rugs and furniture…..

Prince like Elvis needed only one name. And like Elvis when he left a hole was created in the fabric of the world’s stage.  You can feel the energy leave…

But his music and words remain!

Prince Announces “More Naked, More Pure” Piano Tour in Europe · 5mon
Nearly every move Prince has made over the last couple years has been a …
Fuse

Get the inside scoop on Prince’s custompurple piano · 22h
Just days before his death, Prince tweeted a …
WKYC

We don’t need  more security in this world

we need more  Elvis’ and Princes

Bye PRINCE and thanks!!!

Pam looked to the side of the path she was on in her local forest of choice and noticed a tiny fairy sitting on a rock doing her nails.  At least it appeared to be a fairy.  It had transaparent wings that fluttered every so often. It had a pink jacket on and maroon velvet pants. The shoes it wore were gold and curled up ending with a silver bell that tinkled as it recrossed it’sr legs. Pam stopped walking to get a better look. when …..

You finish the story in 200 words or less-

From La Bamba To Burning Down The House What Happened to Rock ? How Did It Lose It’s Roll?

Lets talk music, after watching the Richie Valens’ La bamba  music video with Los lobos, I think that is the best music video I have ever seen so much fun and a dash of the metaphysical  what every great Rock and Roll song has as its core, and then the Blues Brothers which is a long music video with the same elements of fun with a spiritual cast – I thought they both are record of a time nad place where music and fun (freedom ) reigned supreme where the point of the music was the music not money not entertainment the point is to dance and sing!

it is a clear pure life experience that unleashes the spirit from the body and you rise up to a place where we all meet in joy.

So what happened ? How did music become so corporatized ? Corporatization of some thing means that the corporation comes between the listener and the music there is no longer a direct interaction and it kills the heart of the experience.

Who or what killed the music? Well here is my theory …..it was the massive success of the Bruce Springsteen tour in 1984 – He went from a sorta spiritual kinda guy with great songs  to a person that wanted and sought out the cash to be made from music on a unprecented level.  When the corporate world saw that there was big moolah to be made it they  then formed a limited market where artists had to fit into that mold or support was not forth coming.

Then the Tunnel of Love tour in my estimation was the first reality TV  show ,another words you went to watch the personal drama unfold not the music.   Just like the so-called reality TV shows where you watch basically people argue and it is presented in a TV format.

But I digress…. So think about it watch The La Bamba video and the first Blues Brothers movie with the fabulous John Belushi and let me know what you think!!!

The dancing is so fantastic in both of them!!!

Watch the discussions on how and why each film (the La Bamba film has the labamba video as a bonus item)   was made, there is where you get a true understanding of what the music meant and still means to the atists and audiences.

Talking About Peace / a BJ Halliday Crawley Production
Create a free website or blog at WordPress.com.