Tonight I want to talk about a photographer who died recently.  His name is Irving Penn, He was 92 when he died, he left a serious and engaging body of work.  You cannot really understand the difference between digital and silver photography unless you go to a gallery or museum and look at photographs produced in this fashion.  There is beauty and  luminosity in silver photography that is lost in the flat computerized imagining of digital photography.

Because of the silver halide crystals that are the base of silver photography and the light that reflects through them to create the image  – your eye sees a layered somewhat mystical presentation.

In the NY Times obituary it stated that Mr. Penn used a turn of the century technique employing rare chemicals mixed with platinum not silver and that he hand coated each print using a single hand made piece of paper.

His work is exceptional, taking the shot is just the beginning of what a photograph can become.

Here is an example,

Have a bake a few cakes weekend! 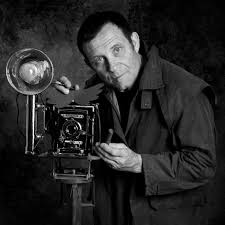 Irving Penn studied under Alexey Brodovitch at the Philadelphia Museum School from which he graduated 1938. Penn’s drawings were published by Harper’s Bazaar and he also painted. As his career in photography blossomed, he became known for post World War II feminine chic and glamour photography.

Penn worked for many years doing fashion photography for Vogue magazine. He was among the first photographers to pose subjects against a simple grey or white backdrop and used this simplicity more effectively than other photographers. Expanding his austere studio surroundings, Penn constructed a set of upright angled backdrops, to form a stark, acute corner. Posing his subjects within this tight, unorthodox space, Penn brought an unprecedented sense of drama to his portraits, driving the viewer’s focus onto the person and their expression. In many photos, the subjects appeared wedged into the corner. Subjects photographed with this technique included Martha Graham, Marcel Duchamp, Pablo Picasso, Georgia O’Keeffe, W. H. Auden, Igor Stravinsky and Marlene Dietrich.

Utamaro a Japanese print maker from the 1700’s, the lines are forceful, the colors intense and imagery meditative.  Looking at a series of his prints can be enlightening to the spirit,

Kitagawa Utamaro (喜多川 歌麿?, ca. 1753 – October 31, 1806) was a Japanese printmaker and painter, who is considered one of the greatest artists of woodblock prints (ukiyo-e). His name was romanized archaically as Outamaro. He is known especially for his masterfully composed studies of women, known as bijinga. He also produced nature studies, particularly illustrated books of insects.

His work reached Europe in the mid-nineteenth century, where it was very popular, enjoying particular acclaim in France. He influenced the European Impressionists, particularly with his use of partial views and his emphasis on light and shade. The reference to the “Japanese influence” among these artists often refers to the work of Utamaro.  FROM WIKIPEDIA , Images from Wikipedia

Print of three women by Utamaro

Flowers of Edo: Young Woman’s Narrative Chanting to the Samisen a print by Utamaro dated c. 1800

I think I just discovered the meaning of life!
Good Evening have a restful weekend, Sayonara!  BJHC

Good evening,  the above watercolor was painted by Leslie White, a Watercolorist ( the Link to see more work is below) who feels an affinity with Egon Schiele and his work.  If you look at the larger painting  you can see the ease with which Leslie is able to lay down his lines.  His use of color is unexpected yet the colors flow one into the other.

I have the smaller image below so you can see how a painting changes as it gets farther away from your eye,

Looking at the neck and how well it is painted, you can feel the jowls and fur and only a minimal amount of paint was used.  There is  real heft to the shape of the head similar to a stone sculpture.

This painting shows why you should check out your local museum or gallery whenever you can!

Have a great weekend!